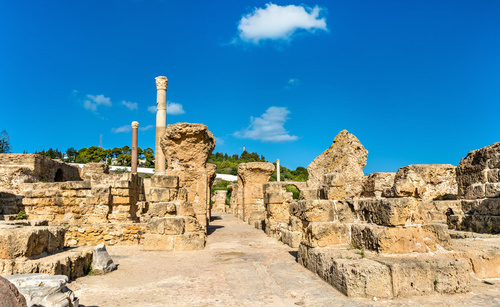 Writings dated back as far as 2000 BCE in Greek and Sanskrit recommend the use of water treatment methods. Water treatment is an ancient practice that the world has continued to remaster for the most elegant and effective solution when it comes to wastewater purification. These wastewater solutions are well documented in history because nothing affects humankind quite like a lack of clean water. This is reiterated by Victor Hugo in Les Miserables (1892): “The history of men is reflected in the history of sewers.”

We will glance through history to understand how we got from simply boiling water to clean it to the methods employed by water sanitation plants we know today.

The Mesopotamian Empire was the first to (at least formally) address sanitation problems as a result of community living. The ruins of Babylonia have remnants of systems they used when the less elegant visibility ofdrainage systems carrying waste to cesspits became a problem. However, even though this system was in play most people still threw debris in the streets, which was periodically covered with clay. Because of this, eventually the streets became raised and stairs had to be built down to houses.

The Ancient Egyptians and Greeks: The Beginning of Modern Sanitation Systems

Herodotus of Egypt described the richer homes as having toilets with limestone seats and how the wastewater would drain away through an outer wall, straight into the desert. The general public used toilets made from clay, collecting the waste in sand which was emptied into pits outside homes, into the river,or often simply in the streets.

Angelakis of Greece documented the sanitation system in the “Queen’s apartment” which was connected to a closed sewer still used today. Public latrines drained into pipes that collected wastewater and stormwater in a basin outside the city.

Wastewater in modern times is defined by its origin, whether it be domestic, industrial, commercial or urban. Domestic wastewater can contain anything from cleaning products, soaps, detergents and a number of pathogenic organisms.

With modern innovations new ways have been developed by wastewater treatment companies and water sanitation plants. With modern methods they have been able to develop a single tank solution that purifies wastewater through aerobic granular biomass, called Nereda®. Contact us for more information on the easy to operate wastewater systems made available by WEC Projects.